Justin Timberlake released his first album since the double release of his ’20/20 Experience’ series back in 2013. Whilst his 20/20 series was majorly produced by Timbaland, ‘Man of the Woods’ would only see the legendary producer on 4 of the 16 tracks on the album. It seems like Timberlake wanted a different style of sound with this album, therefore recruiting and working alongside Pharrell Williams and Chad Hugo as their legendary production duo The Neptunes.

Anyone who is familiar with the Neptunes’ work knows that the duo are very creative and forward thinking, using many 808’s and live instruments which put together a sound very unique in the music world, and come across as very experimental on some occasions. So was it time for Justin to take another step forward by incorporating his Rnb, pop and hip hop vocals over a sound which may be risky to his singing style?

Well to start the album off, Justin kept it within traditions and opened with a Timbaland produced track in ‘Filthy’, which had a robotic and futuristic sound over a heavy bass melody. While the beat is something to get groovy to, Timberlake’s vocals on the other hand come across as auto-tuned and hard to hear. Not exactly what we want from a naturally talented singer.

The opening track sets the tone for the rest of the album, with majority of the tracks having a similar sound, many of which are upbeat with a melodic bass line and funky instrumentals complimenting. This is evident on the second track, ‘Midnight Summer Jam’ which in every way, feels like a midnight summer jam. The Neptunes really come through with production in this song with a very clever use of the harmonica.

With many songs on the album having a similar upbeat and loud production, there are a few songs on here which are much slower and almost feel like Ed Sheeran songs. Whether that was intentional to balance out the heavy noise, it did take away from the overall theme of the album. Songs like ‘The Hard Stuff’, ‘Flannel’, ‘Morning Light’ featuring Alicia Keys, and to somewhat extent the title song of the album “Man of the Woods’; all seem to have a slower beat to it and almost a country feel to the songs.

Again, 4 tracks from a total of 16 to sound different and not keeping with the consistency of the theme, make it a questionable decision to put those songs on the album. In no way were they bad songs, though they definitely were not the highlight songs of the album.

Two songs which epitomize the classic Justin sound that many are familiar with are ‘Young Man’ which I can only assume is a tribute to his only son, and the song ‘Say Something’ featuring country singer Chris Stapleton. Both the songs feature the classic singing masterclass of Justin Timberlake with guitar strums prominent in the background leaving listeners nostalgic of the 2000 era. 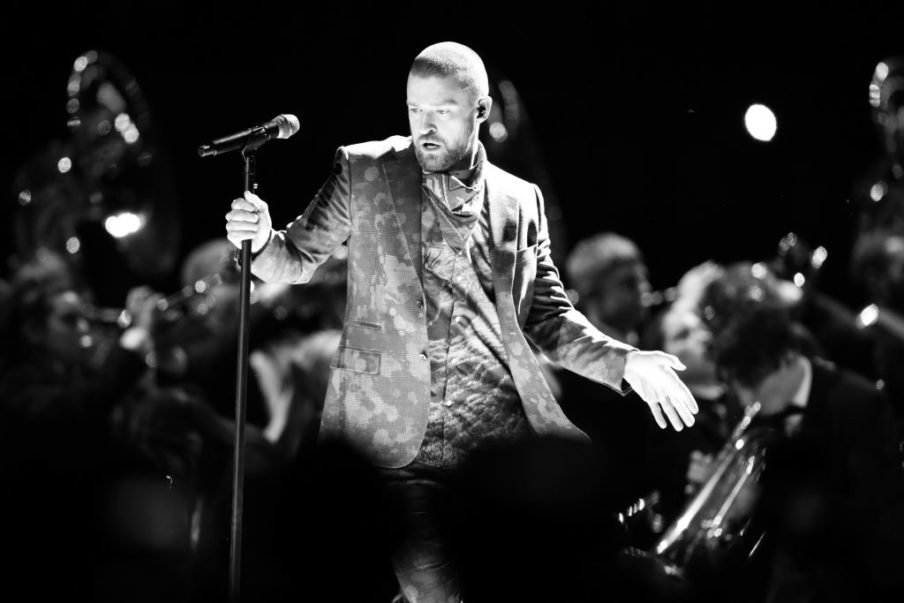 Whilst most of the songs are enjoyable on the album, there are a few songs that I did not enjoy at all. Songs such as ‘Sauce’, ‘Wave’ and the second single off the album ‘Supplies’ just didn’t sit well with me. The songs were all over the pace and the style of singing/rapping Justin Timberlake attempted sounded like a cheap version of modern hip hop artists on a DJ mustard beat. These songs were definitely the low points of the album.

That having been said, there were many highs within this album; ‘Midnight Summer Jam’, ‘Higher, Higher’ and ‘Montana’ just to name a few. Had all songs had a similar sound to these, this album would have been amazing. Otherwise most of the songs can be classified as good.

Overall Justin Timberlake’s experiment with the Neptunes paid off, releasing a very enjoyable and fun album which gets listeners in a groove. The only questions about this experiment I have is, in the days where Frank Ocean, Calvin Harris and The Weeknd are on top of the leader board when it comes to delivering music like this, would anyone really turn to Justin Timberlake for this sound?

There is no denying that Justin Timberlake is a legendary pop artist and will be listened to for many years to come, but did the singer bite off more than he could chew with this album, in the attempt to stay relevant in today’s sound? What do you think?